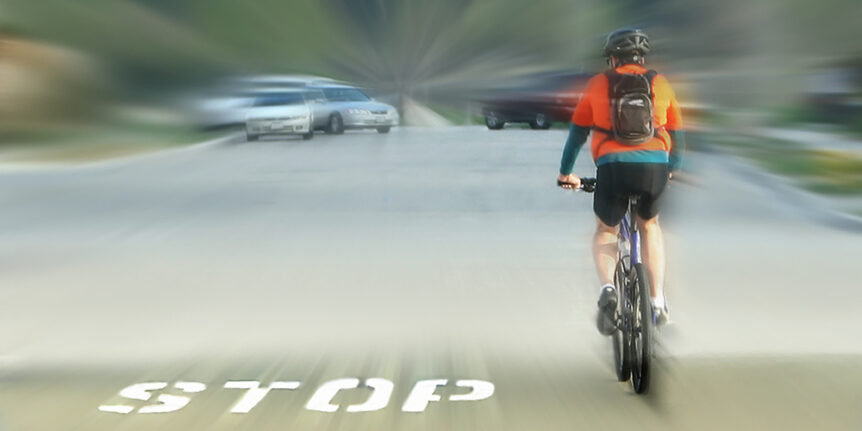 As our Miami roads swell with traffic by the day, so do bicycle accident fatalities. More and more people are embracing a healthy lifestyle, leading to the increased number of cyclists on the road.  This past January a driver struck two cyclists on Key Biscayne, killing one, as he briefly took his attention from the road to change a song on his phone.  A week earlier a drunk driver plowed into a group of 20 cyclists on that same road, striking and injuring 4 of them.  Two hours later yet another cyclist was struck in front of MAST Academy.

LAST YEAR, A TOTAL OF 120 CYCLISTS WERE KILLED IN FLORIDA WITH MANY MORE SERIOUSLY INJURED.  THREE TIMES MORE CYCLISTS DIE IN FLORIDA THAN THE NATIONAL RATE.

For all its beauty, Miami is simply not a bicycle friendly city.  Our wide and fast roads, aggressive drivers, endless construction and lack of connected bike paths make this a challenging city to ride.  Getting from point A to point B on a bike in this town typically involves crossing busy streets, navigating around obstacles and riding on streets without a marked bike lane or path.  With the Venetian Causeway closed for construction, anyone traveling between Miami and Miami Beach these days by bike must navigate the MacArthur Causeway, essentially an expressway where in off-peak times cars often travel significantly over the already fast 50 mph speed limit.   Often a cyclist traveling at speed will need to maneuver quickly around an object, darting into the path of a car.  If the driver is distracted, at that moment, it could be fatal.

If you or someone you care about is struck by a car while cycling, it is important to contact an attorney will a full understanding of Florida law regarding motor vehicle collisions and bicycles, as well as experience dealing with insurance companies.  Your attorney will walk through the details of the accident with you and review any police reports and witness reports to determine the liable party.  Were you riding in a bicycle lane?  Did the driver drift into your lane or turn into you without checking that the way was clear?  Did he open his door into you?  An attorney can determine negligence to file for compensation.

Florida law requires that a motor vehicle leaves a distance of not less than 3 feet when passing a bicycle.  A car must also yield to a bicycle when the road is narrow.

Did you know that as a victim of a bicycle accident your medical expenses, damage to your bicycle and even days off of work may be eligible for compensation?  Even if other firms have discouraged you, seek another opinion to see if you have a case.  Your attorney should evaluate your case at no cost.