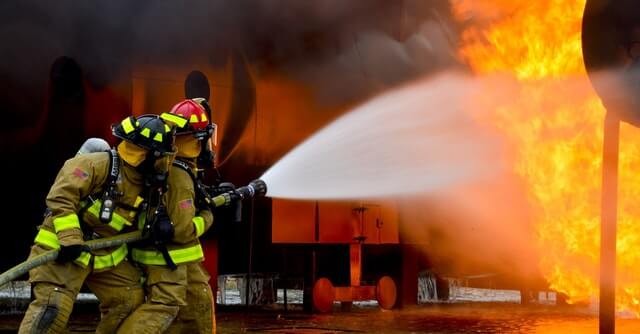 Does homeowners insurance cover fire protection to a sufficient degree? This is a question that every homeowner needs to ask because it’s often the case that policies are inadequate for the value of the home and possessions they cover. For those who dwell near the Florida Everglades, the risk of fire damage is especially high during the dry season, and while wildfires are only a single cause of house fires, last year’s wildfires in California could foreshadow a similar event here in Florida, according to fire experts.

The Example of California

Damage claims from the wildfires that swept through wine country in California last October reached upwards of $9 billion, the highest in the state’s history. The dry climate—30 inches of rainfall, annually—and mountainous terrain in California made containing the blaze difficult. Florida, which receives 50 to 60 inches of rainfall per year, is less at risk for catastrophic fires, though the dry winter this year increases that risk substantially.

“Florida has a Mediterranean climate much like California and probably is the most fire-prone state in the Eastern U.S.,” Jim Karels, Director of the Florida Fire Service, recently told the Orlando Sentinel. “We are going to be looking at a tough year, with much higher chances of extreme fire.”

Combine the recent dry weather with debris and fallen trees still scattered across the state from Hurricane Irma, and those chances rise even more.

History also shows that the possibility of disastrous fires is very real. Two decades ago this July, wildfires raged across Florida, causing the evacuation of hundreds of thousands of residents and destroying 337 homes and 33 businesses. While conditions today are not as severe as they were in 1998, homeowners should be prepared.

What Is Fire Insurance?

Fire insurance policies can cover damage from the fire, as well as damage from water and smoke. They also often cover additional living expenses and loss of use. Many policies provide different coverage amounts depending on the source of the fire—for instance, a claim for a fire from a cooking accident may pay out a different amount than a claim for a fire from a natural disaster.

Because every homeowner’s situation is different, it’s important to consider your specific needs when selecting a policy. The value of your home and possessions fluctuates, so you should check your home’s value every year to make sure that your coverage is adequate

Don’t wait until it’s too late to get fire coverage for your home. If you think you have a claim but the insurance won’t pay, call RRBH Law at 305-800-HOME.